The Wizar’d - Ancient Tome Of Arcane Knowledge (Buried by Time and Dust Records, 2013)

THE WIZAR’D hails from the town of Hobart, Tasmania. They formed in 2004 and since then they freed to the world a good bunch of EPs, 7” singles, demos, one live album and three studio full-length albums. I enjoy all their releases, since the first demo it’s the same quality old school proto doom metal.

Their biggest influences must be Manilla Road, Pagan Altar, Witchfinder General, that kind of foggy epic B-category heavy metal music made not for the masses, but for the fanatics. Besides the heavy/doom influences I feel present the gloomy and macabre shadow of Death SS, another cult band of the 80s, sometimes it feels like these notorious Tasmanians borrowed the sinister atmosphere from the Italian Horror masters. Music is most of the times really slow, dragging doom like Reverend Bizarre used to do it with occasionally mid-tempo rocking beats in vein of Witchfinder General. 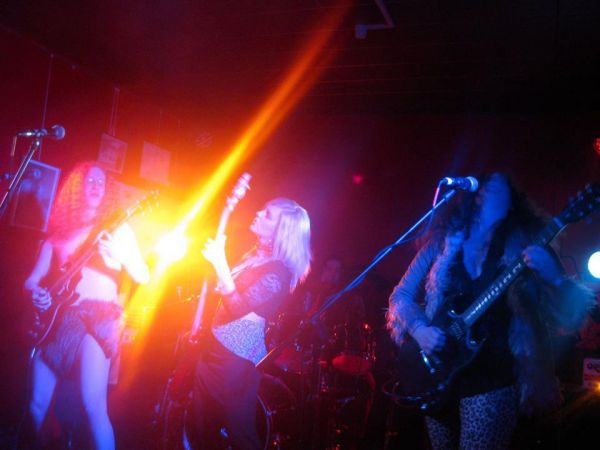 The vocals are the nasal-typed ones, not for everybody’s taste. Reminding of Pagan Altar and Manilla Road, don’t expect big refrains and heroic singing in vein of Iron Maiden, this band carries the cross of sacrilegious underground metal, and makes it so good. There are not just good doom riffs, but also twin guitar solos and memorable, simple guitar leads, which makes it much more fun. Songwriter “Ol’ Rusty Vintage Wizard Master” is the guy who runs the old-fashioned metal label Heavy Chains Records, who released the Dracula tape presented by me in a previous review.

I can’t say if this is better than the first two records, there is no big hit like “Living Dead” was from their previous album, not a problem though, as the quality is here just like before. 6 really captivating underground chants with a shadowy atmosphere, listen just to the dark abysmal middle part of “Blaspheme”, or the folky and mysterious “Far Away Castles” which reminds me of the dark occult chunks of early Black Sabbath (think of “Solitude”) and vintage British horror movies. Lyrics are the traditional ominous ones involving sorcery, witchcraft, burning churches, ancient rites, old tombs, the usual Hammer Horror movie themes.

THE WIZAR’D made it once again, Ancient Tome Of Arcane Knowledge is a new valuable nugget in the growing discography of the crew, a real paragon for those addicted to the obscure bands of the 80s. This band is still receiving little attention from the scene, but with such releases they could reach a cult status in the future. Although I quoted a few classic bands as influence, THE WIZAR’D have something pigheadedly individual in their music, it’s pretty fucking their own thing despite the inspirations.